Share a memory
Obituary & Services
Tribute Wall
Read more about the life story of Richard "Kent" and share your memory.

Kent moved to Kansas in his early years with his parents and sister, Jane. He spent years working on the farm with his father where he developed mechanical skills and his penchant for hard work. He graduated in 1954 from Seneca High School as part of a class with 13 students.

Following in his father’s and uncles’ footsteps, he headed to University of Kansas to study engineering. While there, he fell in love with KU Basketball, met his sister’s future husband and many lifelong friends. In the summers, he worked in Kansas City laying brick and eventually worked for Louie Lucas building swimming pools. While working in Kansas City, he met the love of his life, Mary Jo Williams. They settled in Overland Park and started a family.

He eventually purchased the business from Lucas and renamed it Holiday Pools of Kansas City. Through the years, he built hundreds of pools in Kansas City and across Missouri and Kansas. He even built pools as far away as California. Over the years he designed and built pools for the Camp Fire Girls at Camp Towanyak, Milburn Country Club, Greystone Estates, Camp Webster in Salina, and many more. In 1978, he won the gold medal for design from the National Swimming Pool Institute.

He lived a life of hard work and always enjoyed a lively debate. His ornery nature always emerged through his sense of humor. Kent had a lifelong passion for backpacking, hunting, cars, collecting Erector sets, and all of nature. Above all he loved God, his family, and many friends.

The family would like to thank his caregivers: Angelita, Kathy, Carreada and Brenda for their 24-hour loving care and support through these last months and St. Luke’s Hospice staff especially Nurse Anna for watching over him. To all his Special Friends, McDonald’s Breakfast Friends, and Tuesday Supper Club Friends – thank you for keeping him busy and giving him joy in his last months. You are all “Wonderful.”

Memorial services will be held at Union Station Chamber Boardroom, December 3, 2022, at 10:30 am. Luncheon will follow. Guests of the service can park in the Front West Lot of Union Station. There will be a graveside service for family in Seneca, Kansas. For those unable to attend in person, Kent's service will be livestreamed and is viewable by CLICKING HERE.

Video is available for this event 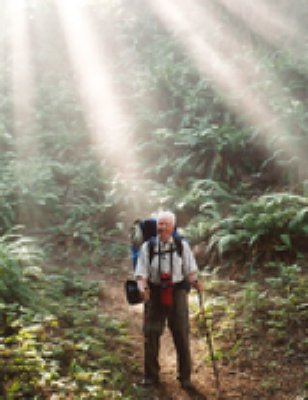