Share a memory
Obituary & Services
Tribute Wall
Read more about the life story of Charlot and share your memory.

On Wednesday, November 23, 2022, Charlot Murry Stewart, cherished mother and grandmother, passed away peacefully. She was ninety-five. Born December 11, 1926, the same year that the St. Louis Cardinals won the first of their 11 World Series Championships, to Mabel Drury and William Byron Murry in Carrolton, MO. Charlot graduated high school in 1944 and began working as a reporter for the Carrolton Republican Record and Daily Democrat. While interviewing young men returning from World War II, Charlot met Lt. David L. Stewart. They were married June 10, 1945 and were joined by three children, David Jr (deceased 2008), Lisa, and Mark.

Charlot found her purpose and passion in a career few women of her era were able to achieve beginning as Editor of the Kansas edition of TV Guide Magazine in 1959. She was promoted to Assistant Regional Editor, then Regional Editor, and ended her 31 year tenure as the first female Regional Production Manager in Minneapolis, MN. Charlot was an avid sports fan. She exuberantly cheered on her beloved St. Louis Cardinals, she loved the Kansas City Royals against all odds and lived to see the Kansas City Chiefs win 2 hard fought championships. However, to put it bluntly, if “the Cards” were playing, everyone and everything else could wait.

Charlot loved music and dancing and shared her mother’s love of poetry and political debate. She was a life-long Democrat. Charlot’s life was full of delightful times, wonderful life-long friends, and unforgettable experiences. She spent the final nearly 10 years of her life living with her daughter Lisa surrounded by grandchildren and great grandchildren who kept her on her toes.

The funeral will be held at Amos Family Funeral Home on Saturday, November 26, at 1:00 pm.

To send flowers to the family or plant a tree in memory of Charlot Murry Stewart, please visit our floral store. 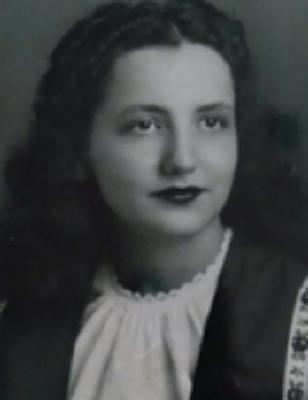